I write about politics, higher education and everything in between.

Politics, higher education, and everything in between.

US election: I worked for Joe Biden, here's what I learned from him

It was impossible not to notice the stark differences of the New Zealand versus American elections - and how much I had taken NZ politics for granted. I craved political parties that debated policy, not facts.
Read More 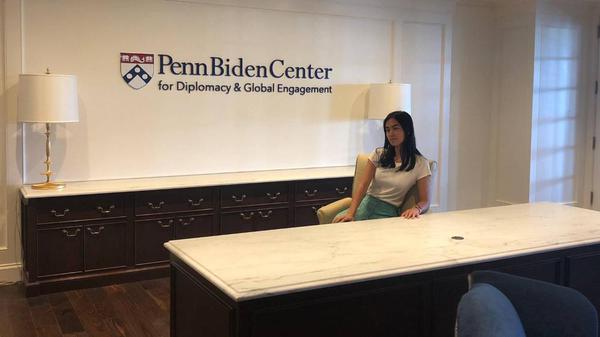 Despite the Capitol riots, New Zealand can still learn from America

New Zealanders cannot complacently watch the images on 1 News at 6 o’clock while scoffing about "stupid Americans." If you have nothing to protest about, there are plenty of New Zealanders who could use your help in voicing their issues. 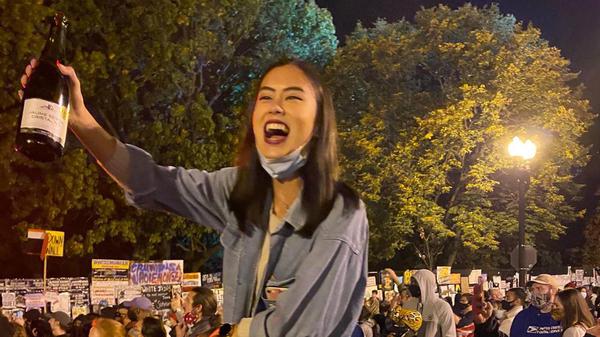 A Kiwi in Washington: The Trump march showed why America can't have nice things

The experience I bring to DC is not my degree in political science or my published research. It is my mum taking me to the local DHB-administered, Beehive-funded community clinic in South Auckland as a flu-ridden toddler, growing up on $3 antibiotics, and visiting the mobile dentist in primary school every year. 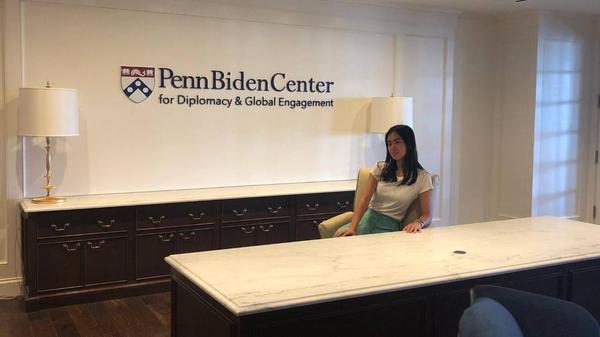 US election: I worked for Joe Biden, here's what I learned from him

It was impossible not to notice the stark differences of the New Zealand versus American elections - and how much I had taken NZ politics for granted. I craved political parties that debated policy, not facts. 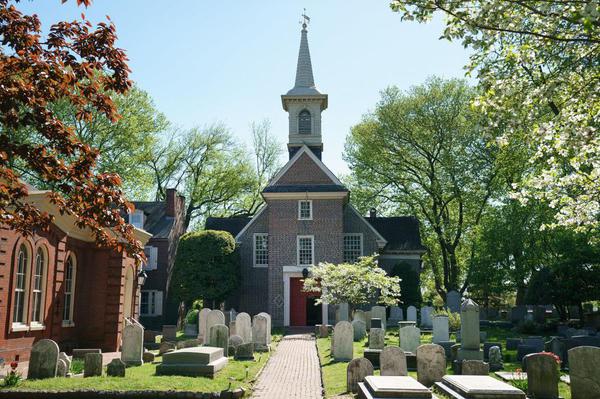 They’re rare, but you can find 17th-century buildings in Philadelphia

As the nation’s birthplace, Philadelphia is — by American metrics — old. Founded in the 1600s by William Penn, it was the nation’s first city and first capital, and, during the American Revolution, was the largest English-speaking city in the world after London. But how much of that 17th-century history can still be seen in Philadelphia? 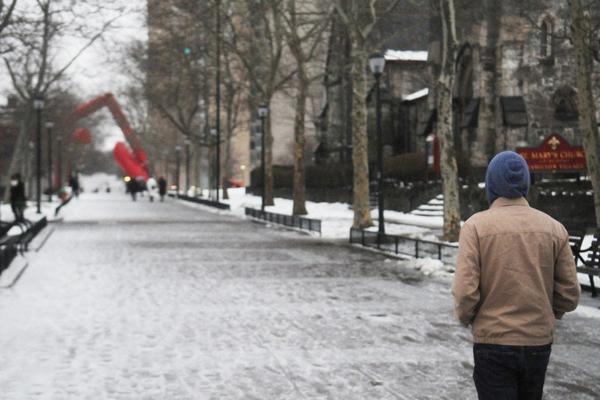 Should international students give up career or family? How about neither.

I will always have to choose between pursuing my passions in the United States of America and being with my family. If I choose one, I can’t have the other. 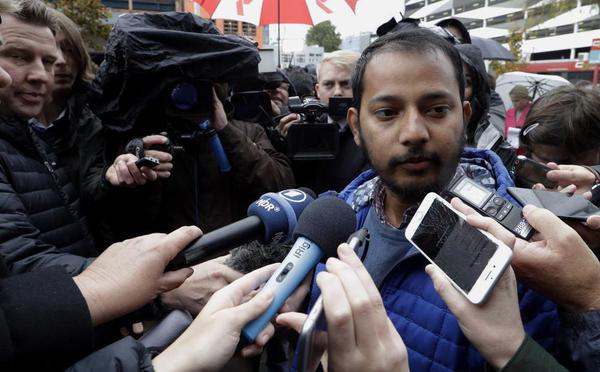 I started my life in Philadelphia almost three years ago. During this time, the United States has taught me that my home can be a cozy bastion of progressivism. But it has also taught me that sometimes, New Zealand is outright pretending.

Cheating is as unfair as admissions bribery

Students and administrators are up in arms about the admissions scandal, but a basic look at our own and our peers’ everyday behavior can highlight the same issues that pervade campus every single day. 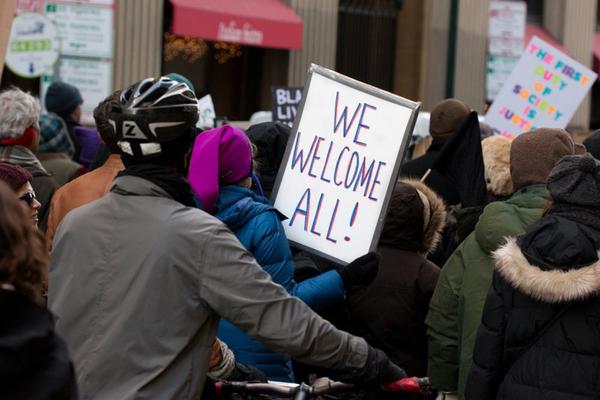 Let a naturalized citizen be president

History had a reason to fear foreign tyranny. But history has also shown what makes America great — a nation built by immigrants where all Americans are treated equally. The United States is one of the few countries where almost everyone is an immigrant or descended from one. Let’s celebrate it, not fear it. 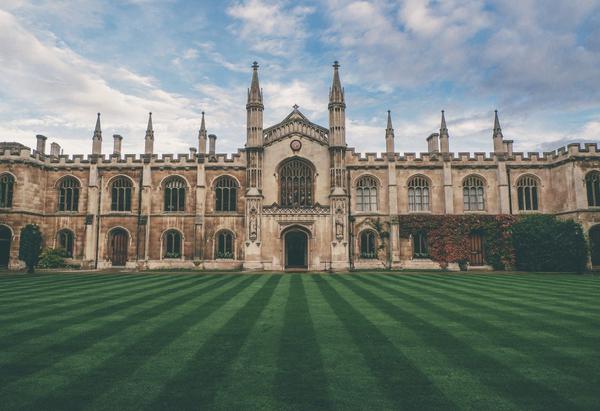 While the Ivy League evokes less Harry Potter imagery than Cambridge or Oxford, the actual learning experience may be more worth the prestige than the English schools. 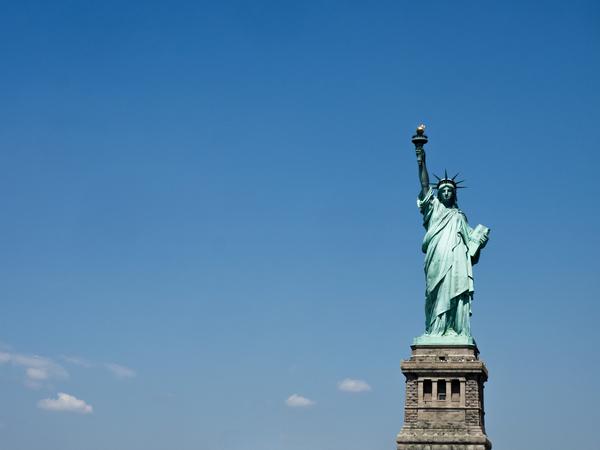 U.S. democracy is stronger than you think

For me, it’s easier to embrace my Asian ancestry in the United States than at home, where I grew up wishing I were white to fit into “Kiwi culture,” an experience shared by other Asian-New Zealanders living in America. 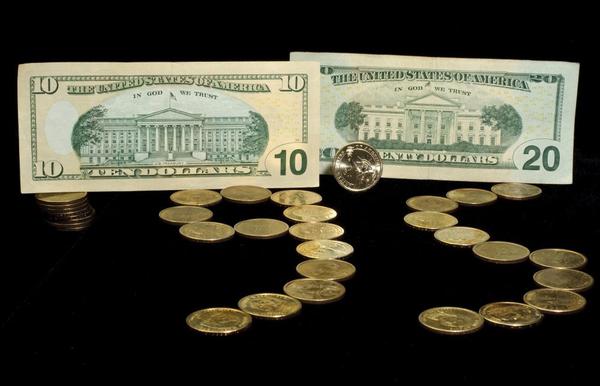 How to save our democracy in November

When did our democracy start to favor those who could scream the loudest, not who could represent us best? 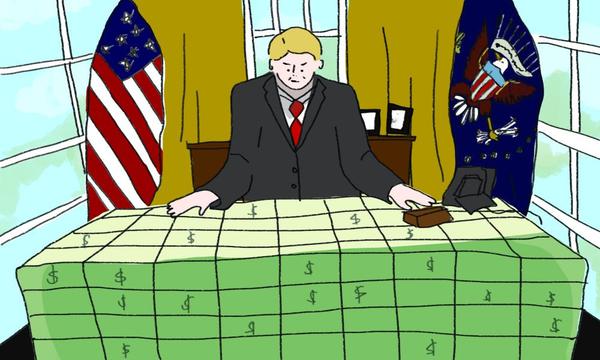 If money matters more than votes, is the United States a democracy?

Public opinion evolves with current events, but Washington legislators’ motives do not. 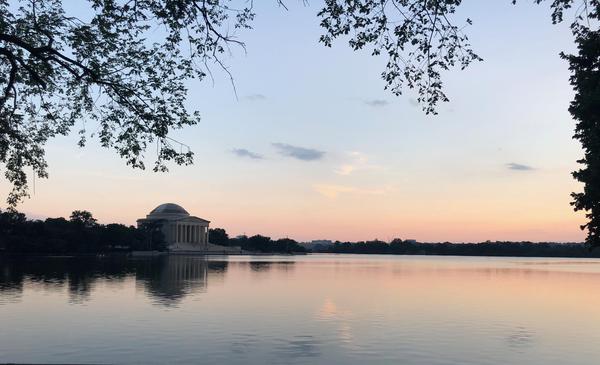 The summer I found home

How one city changed my views on the concept of home 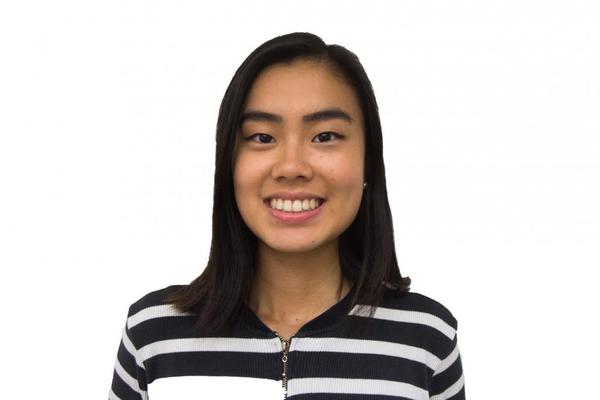 Internal struggles during my first year as a published writer

No, you aren’t too busy to volunteer

But, are our consulting clubs so important that we don’t have time to help a middle-schooler learn how to read? 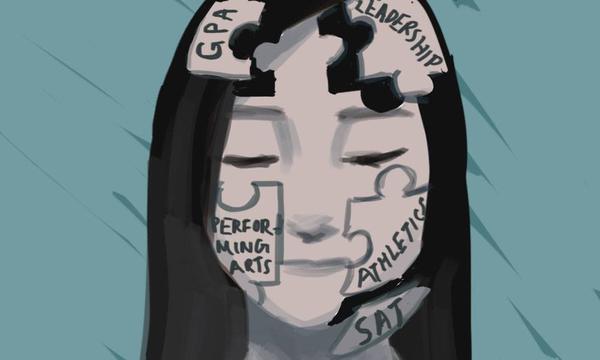 By solely valuing grades in the admissions process, universities tell students that education is only academic.

Why the Asian-Pacific Islander label is inaccurate

It’s time for Asian Americans to stop talking about their struggles in the “API community,” without actually knowing anything about the PI community. 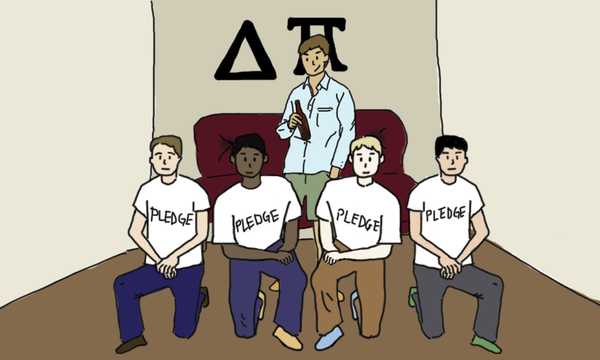 Fraternity bonds transcend pledge class, proving that friendships are created through spending time together, living in the same house, or planning events together — forced mutual suffering is not the sole, or most significant, prerequisite to friendship.

Home is not a place

Like my accent, my home is blended. Instead of a bundle of discrete experiences in one city, home subconsciously grew into a collection of dynamic nuances in multiple places. 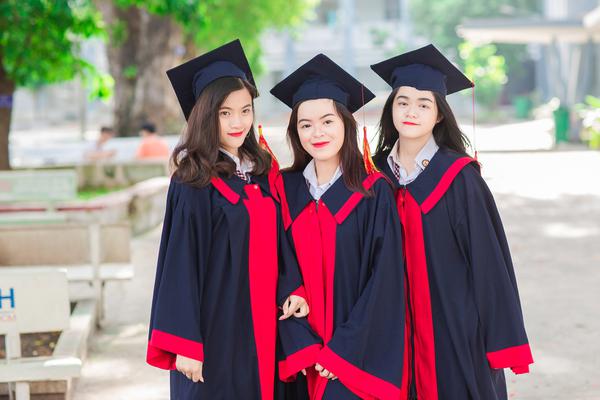 Discriminating against Asian students more than white students, with no compelling interest, only serves to perpetuate white domination in the United States.
Load More Articles 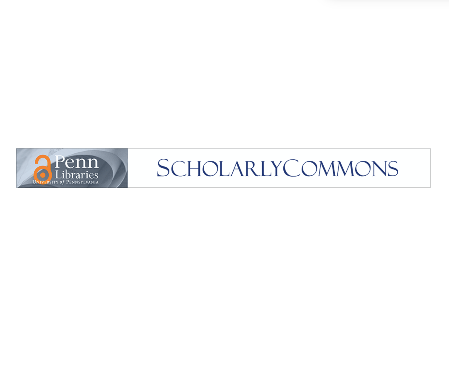 White or Foreign? Differentiating Perceptions of the Racialization of National Identity in Canada, the United States, Australia, and New Zealand

Abstract Past literature has established that often in a white-majority society, a national label is associated with the white population more than people of other ethnic origins. Canada, the United States, Australia, and New Zealand share many historical and institutional similarities, making them valuable comparative cases. While scholars have researched national identity to varying degrees in these countries, the gap remains in comparative analysis of perceptions of national identity. This thesis first analyzes comparative public opinion data to establish differences in the degree to which national identity is racially-exclusive in the case countries. Second, it compares historical immigration policy, multiculturalism policy and programs, and ethnic activism in each country to understand what causes varying levels of racialization. The data analysis reveals ‘American’ as the most racially-inclusive national identity and ‘Australian’ as the least. The thesis also finds that presence (or lack) of ethnic activism can best explain the variation between the four countries, while the institutional variables were inconsistent with the variation. These results contribute to understandings of the drivers of national identity construction and lend support to arguments in the wider public opinion literature that social movements are more influential for opinion formation than legislation. The surprising result that multiculturalism policy was not mapped with more inclusive national identities also provides policymakers with insight on the effectiveness of different policy pathways to promote inclusion. Additionally, given the extensive negative consequences of exclusion documented in psychology literature and for civic engagement, these results illuminate pathways towards more inclusive societies. 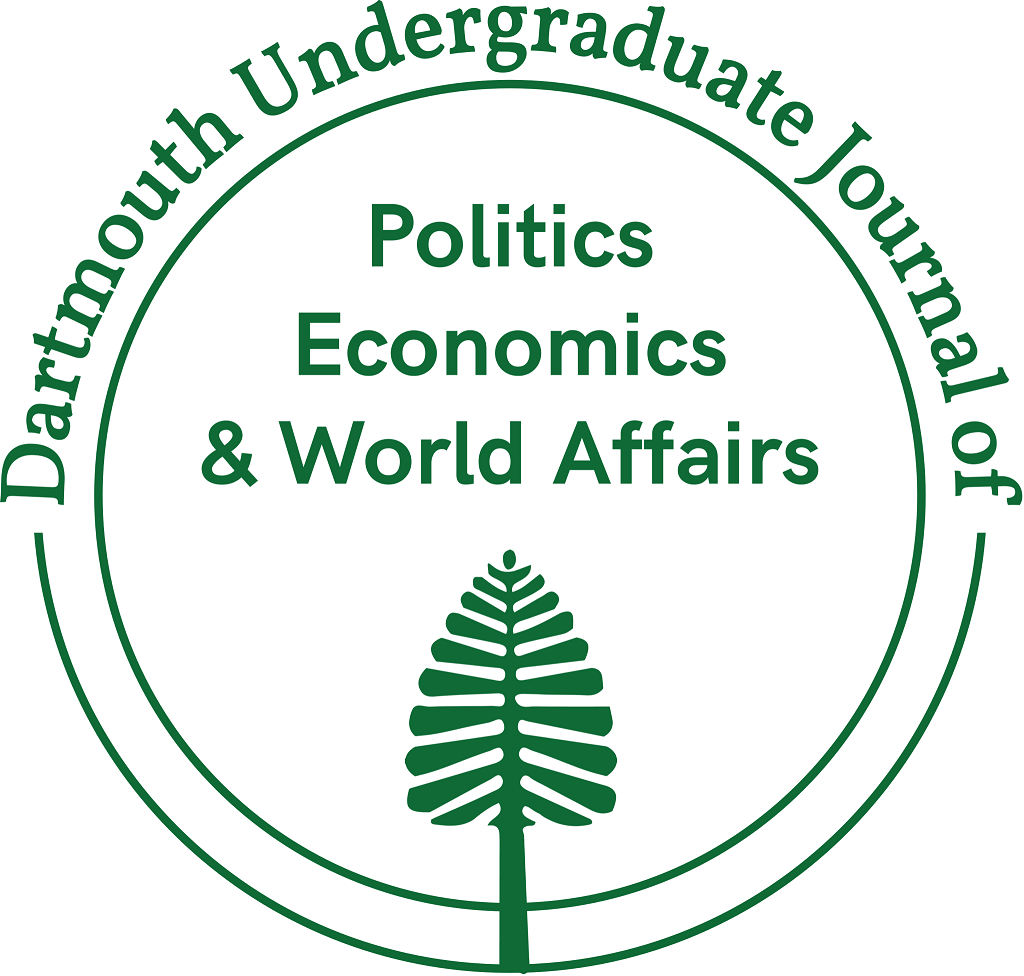 Playing the Race Card: Did Racism Cause Anti-Immigrant Sentiment in Brexit?

Abstract Following the 2016 referendum on continued UK membership of the European Union, many attempts were made to explain its result. There has been consensus that the issue of immigration played a primary role in the Leave campaign and Brexiteers’ minds. The reasons for this anti-immigrant sentiment have been explored, with economic and cultural concerns at the fore of the literature. Critically, currently missing from the debate is whether racism played a substantial role in causing anti-immigrant sentiment in the context of Brexit. This article uses new public opinion data from 2018 to investigate the extent to which racism motivated the Leave vote. It found that racism was an important predictor of referendum vote choice, even when economic concerns were held constant. Among all levels of financial satisfaction, people respond to their sociological concerns when making a political determination about immigration. Despite efforts from elites at the fore of the Leave campaign to rid the debates of racism, exclusively economic arguments proved to be a façade for private racist attitudes of many Leave voters. While concern over cultural pluralism is likely a complementary factor, this article finds the link between anxieties over skin color and anti-immigrant sentiment. 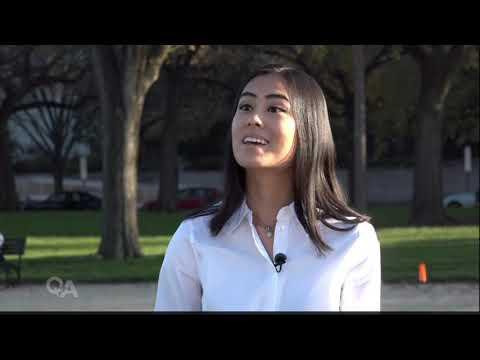